Assessments of the biodiversity status of four global regions (Europe and Central Asia, Americas, Africa and Asia Pacific) published on March 2018 by the Intergovernmental Science-Policy Platform for Biodiversity and Ecosystem Services, IPBES, indicate that the risks associated with biodiversity loss are as serious as those of climate change. For these reports, compiled over three years, IPBES drew on 550 experts from 100 countries reviewing over 10,000 studies. Worldwide key drivers for biodiversity loss include species overexploitation, habitat loss/degradation, land use change, invasive species & disease, chemical pollution and climate change itself. The report on Europe and Central Asia subdivides this region into four subregions, Western Europe (WE), Central Europe (CE), Eastern Europe (EE) and Central Asia (CA).

All of these subregions are showing increases in the drivers that cause biodiversity loss and reduce nature’s contribution to people including regulating, material and non-material ecosystem services and instrumental or relational quality of life factors (see Figure SPM.2). 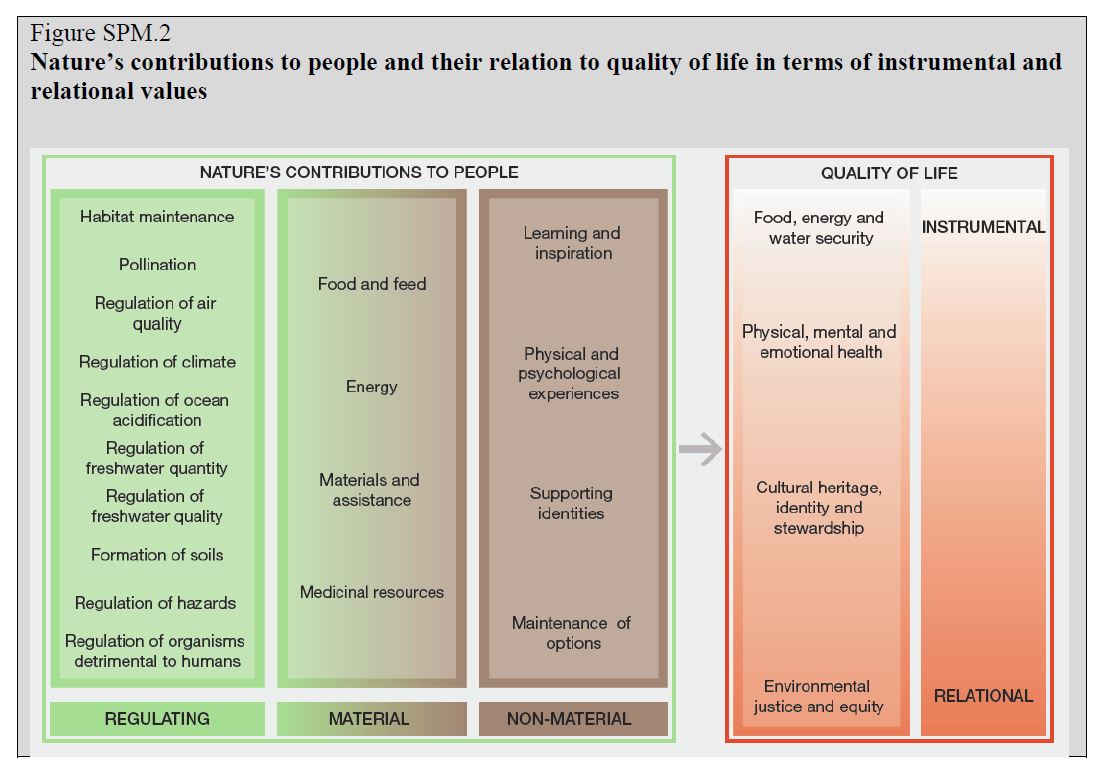 Across all habitat terrestrial types in Western Europe (WE) the direct drivers of biodiversity loss are generally increasing, the only exceptions being land use change in cold grasslands and (over)extraction in temperate and boreal forests (Figure SPM.8) which are reducing. Particularly strong upward trends which contribute towards biodiversity loss on land involve wetlands, peatlands, mires and bogs; urban and semi-urban systems; cultivated areas; and inland fresh waters. Climate change, invasive alien species and pollution are contributing to increases in biodiversity loss in all four sub-regions.

The IPBES report on land degradation and restoration also published on 28 March 2018, notes that: ‘Currently, degradation of the Earth’s land surface through human activities is negatively impacting the well-being of at least 3.2 billion people, pushing the planet towards a sixth mass species extinction, and costing more than 10 per cent of the annual global gross product in loss of biodiversity and ecosystem services’. It is a pervasive, systemic phenomenon that needs addressing at socio-cultural, economic and political levels because it is based upon worldviews constructed through knowledge, norms, values and belief (Figure SPM.12, below). 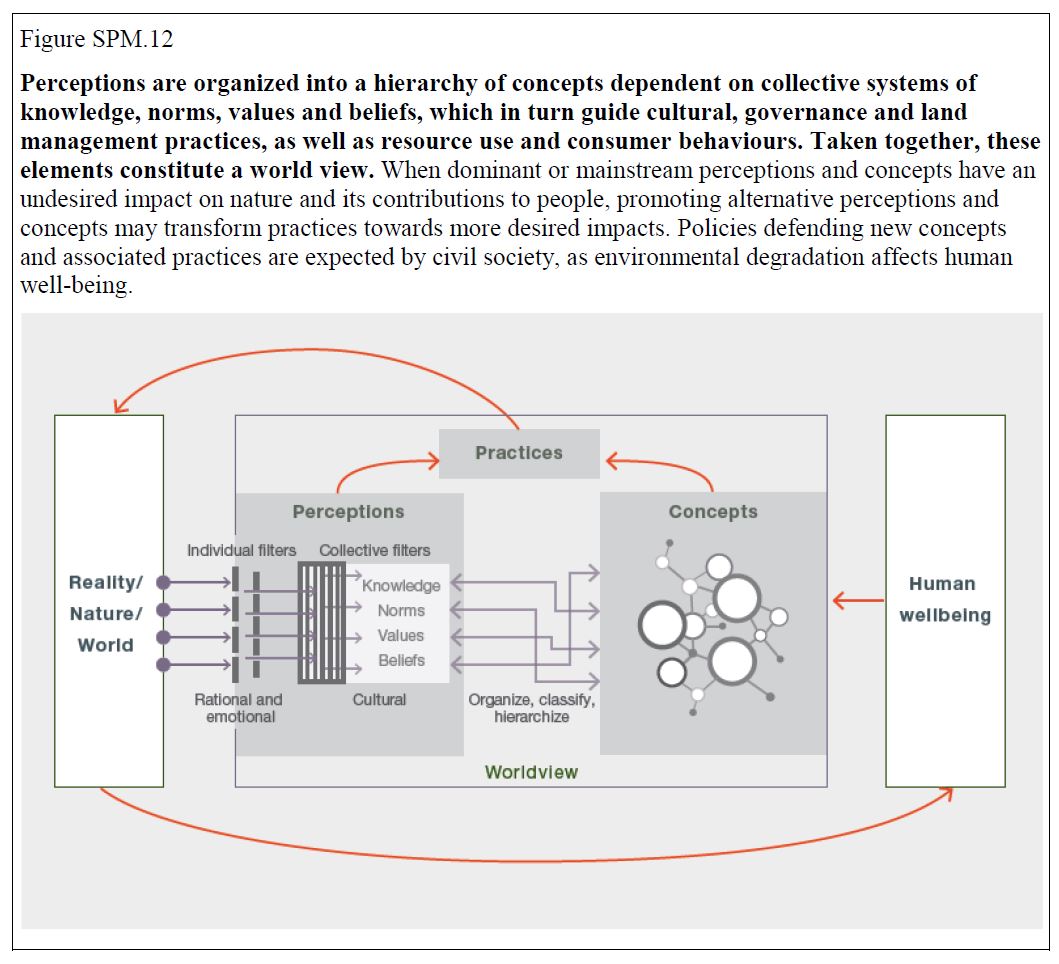 This implies that a shift in worldview enabling new practices can, potentially, have a net positive effect in reducing land degradation and consequent biodiversity losses. What is needed are new concepts. A further fascinating observation is that cultural diversity and biodiversity are spatially associated (Figure SPM.8, below). Where there is a diversity of language, culture and peoples the tendency is towards greater biodiversity. Where land degradation occurs it can also lead to fragmentation or obliteration of culture through loss of identity.

The frame of reference for WCAFB is to envision a diversescape by exploring and experimenting with diverse ways of doing agri-culture i.e. diversity of culture is implicit in a diverse agriculture. Coupling the concept of a diversescape with small farms, that are more easily adapted to extensive rather than intensive agriculture practices, offers real potential to reverse biodiversity losses in Western Europe.

View all posts by afl874