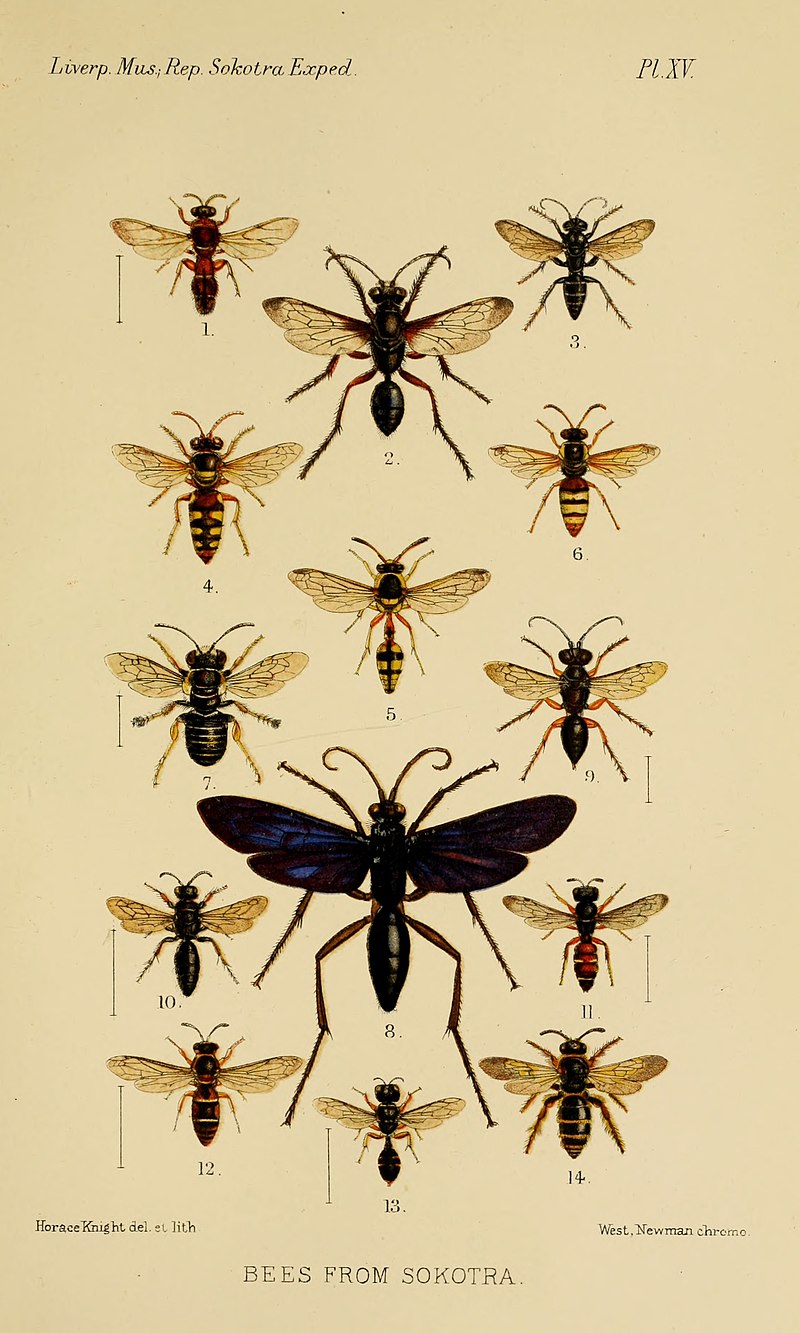 This is a short story about entanglement; about insects, pesticides, seeds, communities, designers, artists and others engaged in one of the great struggles of our times. It is also a precautionary tale.

Our great-grandchildren and grandchildren will surely ask us why we humans killed so many other living beings, both large and small, in the twentieth and twenty-first centuries. While considerable attention has been paid to loss of mammals, birds, and marine life, bees and butterflies, more humble insects have been neglected.  Recent scientific data, reviewing over 40 years of studies, shows cataclysmic collapse of insect life in temperate and tropical biomes. Sanchez-Bayo and Wyckhuy’s paper, entitled “World decline of the entomofauna: A review of the drivers”, makes for sober reading. A finger is clearly pointed at the complex and reinforcing effects of agricultural intensification as this reconfigures the landscape reducing habitat diversity, changes hydrological regimes and introduces massive quantities of fertilisers and pesticides. Moths, butterflies, honey bees and wild bees, beetles, hoverflys, planthoppers, grasshoppers, dragonflies – in fact, all insect taxa – have declined over the last decades. The authors estimate that “the current proportion of insect species in decline (41%) to be twice as high as that of vertebrates, and the pace of local species extinction (10%) eight times higher.” Many of the studies they cite go back 10, 15, 20 or even 40 years. A recent study from Germany revealed a 76% decline of flying insect species on protected areas – a revelation that shocked many entomologists.

This growing body of evidence should have already raised alarm if the signatories of the 1992 “Rio Declaration” from the United Nations Conference on Environment and Development were paying attention to the principles they signed. Principle 15 is the Precautionary Principle or Approach which states that:

“In order to protect the environment, the precautionary approach shall be widely applied by States according to their capabilities. Where there are threats of serious or irreversible damage, lack of full scientific certainty shall not be used as a reason for postponing cost-effective measures to prevent environmental degradation.” (my italics).

It seems we have had considerable scientific certainty for some time about the negative impacts of agricultural intensification. Yet, we have failed to respond with more pressure to change policies towards agricultural extensification that, inherently, encourages measures that help biodiversity, landscape and management diversity and encourage local, social economic rewards.

A remarkable, enlightened community in the upper Vinchgau, South Tyrol, comprising the mayor and citizens of the town and environs of Mals, is contesting the spread of agricultural intensification. Together they made a significant decision – they decided that what is bad for the insects is also bad for humans, especially their children[1]. Mals became the first town in Europe to declare a total ban on synthetic chemical pesticides. This was a highly controversial act in the regional setting of the province of Alto Adige/Süd Tirol as this is an area of intensive apple and wine production subject to regular pesticide application. Their story, including the many barriers they faced, is grounded on the principle that we as individuals should not adversely affect the lives of other individuals in a community by our actions. Yet it is also underpinned by another belief, a belief in agricultural, cultural and natural diversity. This is also a struggle against the hegemonic interests of the transnational companies whose monocultural ideology promotes agricultural intensification in highly integrated vertical chains. The level of control they exert is amply demonstrated by their recent efforts to control the global seed industry, as illustrated by the merger of Bayer and Monsanto. These huge transnational companies supply both seeds and pesticides. They offer integrated systems using conventionally breed or GMO seeds coupled with specific pesticide programmes. 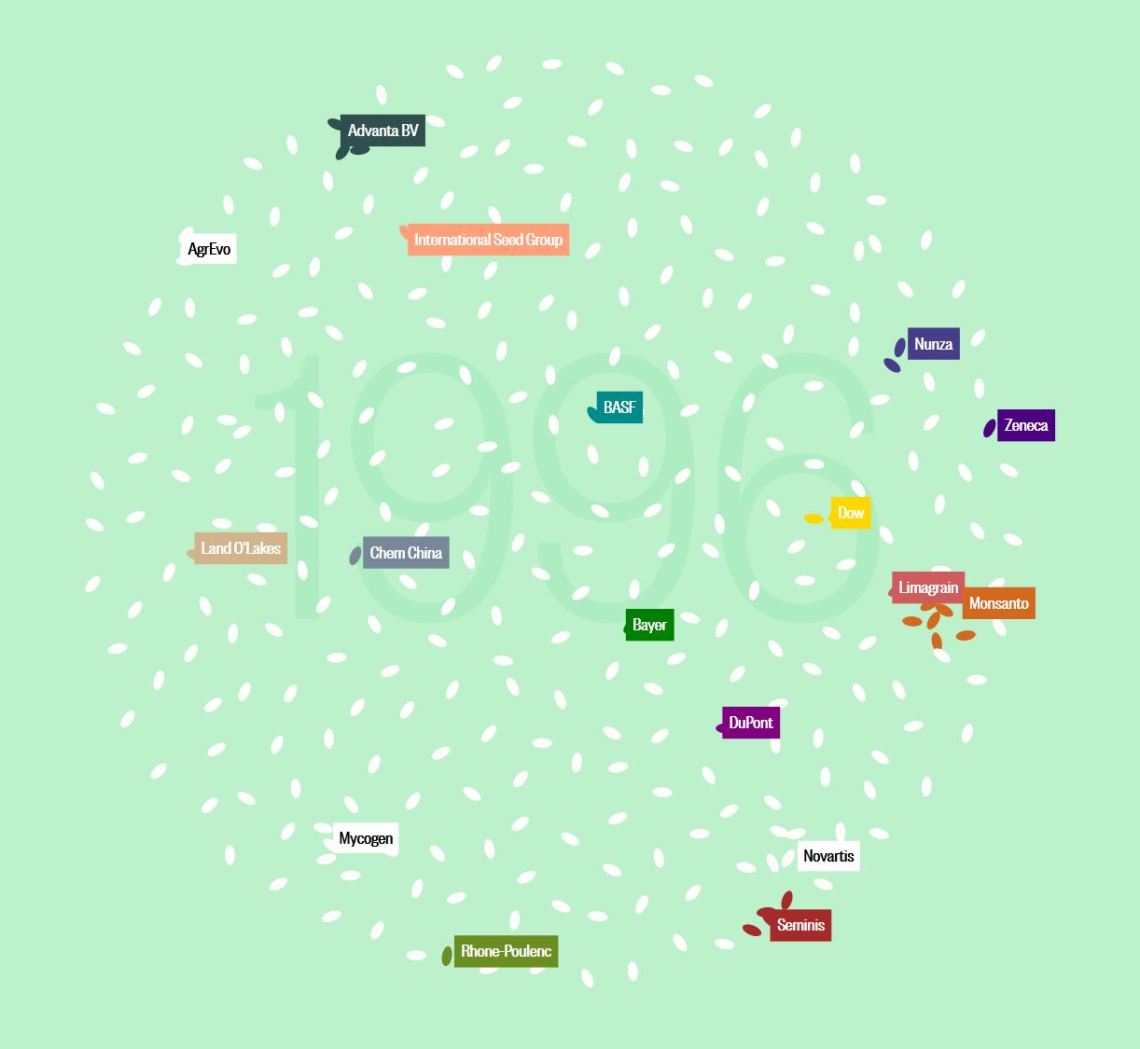 The impact of the Bayer/Monsanto merger is still not clear but their aggregation of power in the control of seeds is amply demonstrated by an interactive graphic constructed by Matteo Morretti, a researcher in the Faculty of Design and Art, the Free University of Bozen-Bolzano for a project called Seed Control. Twenty years ago the top ten companies owned 16.7% of the global seed market. As a result of monopolies commissions in the USA and EU approving the merger there is a scenario that 60% of the market is now controlled by three companies. Concentration of power, profits and process (as global cultural production) to the transnationals inevitably leads to more agricultural intensification on the ground. This is not good for insects, children, adults and other living beings.

Countering the socio-technical regime of intensive agriculture requires local action. As agricultural diversity is part of the heritage of the Vinchgau, once known as the “breadbasket of the Tirol”, the community of Mals will shortly be celebrating this in a Seed Festival/Samenfest Obervinchgau commencing on 22 February 2019. Contributing to this festival, artist, designer and researcher Sophie Krier presents the second part of her School of Verticality – Seeding Stories on 23 February 2019, followed by a Breaking Bread session at the Hier und Da festival on 14 April 2019. Krier, who is resident artist with Lungomare, a cultural association in Bozen-Bolzano exploring notions of cultural production in the region, frames her inquiry with a very contemporary question, “Where do we belong?”

If we understand where and/or how we belong then I believe we can turn our thoughts into actions, our actions into difference, our difference into resistance, our resistance into new ways of being. As a minimum our actions should heed the Precautionary Principle, already declared one quarter of a century ago! We do not want many of today‘s insects only visible in the archives of the amazing Biodiversity Heritage Library for our children by 2050.  Tomorrow starts, literally and metaphorically, with re-seeding today.

View all posts by afl874